The first thing we look for when considering an investment is our applying our guardrails which have place in place for 32 years, since 1989. Those guardrails take a universe of roughly 3,000 businesses and whittle it down to only about 350. From there, we strip away anything cyclical or not sustainable to find the roughly the best 25.
Watch video

Jeff Mueller is the co-portfolio manager of the firm’s Global Growth Portfolio. Jeff joined Polen Capital in 2013. Prior to joining Polen Capital, Jeff spent 10 years in the U.S. Marine Corps, during which he flew over 250 combat missions in F/A-18s.

Jeff received his B.A. in Communications and Business Administration from Trinity University in San Antonio where he was Captain of the Men’s Tennis Team, an All American and NCAA Champion. Jeff is a Tillman Scholar and earned his M.B.A. from Columbia Business School where he was a graduate of the Value Investing Program. He graduated from Columbia with honours and distinction. 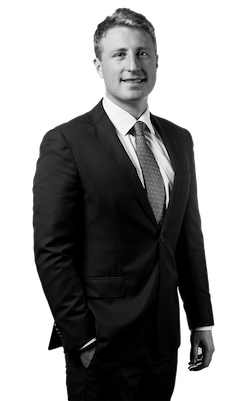