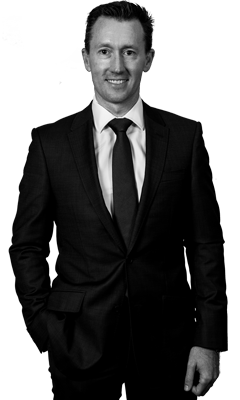 I was fortunate to recently hear from the legendary investor Howard Marks, one of the co-founders of Oaktree Capital* who gave the opening keynote address at the annual CFA Societies Australia Conference. Listening to his presentation was informative as always and I thought I’d share with everyone some of his key takeaways relating to today’s investing environment and ultimately successful investing. His presentation was titled” “Value Investing: A New Look.”

Some of the key observations:

Twenty-five years ago, we used to speak of “defensive industries” and companies with “moats.” More recently, information technology and digitalisation have changed the world, dividing companies into “disruptors” and “disrupted.” Moats have evaporated. Many businesses have become fallen prey to tech savvy newcomers. Thus, investors can’t stay ignorant regarding technology’s potential.

Technology is changing every industry, and the companies creating the technology are prospering like never before. Here are but a few of the many challenges favouring tech companies:

Is it different this time?

Contemporary fans of technology stocks say things are different, in that today’s successful tech companies have unprecedented potential for long runways of high growth, superior economics, and significant durability. But likewise investors heard how things were different in connection with Nifty Fifty in the 1960s and in the tech bubble of the last 90s.

On the other hand, some things surely remain unchanged. These include the tendency of bull markets to value all competitors as if they’ll all be successful and to take tech stocks to very high valuations, from which the unsuccessful ones will show great declines.

Fundamental investors need to thoroughly examine all situations – even those with dependency on intangible assets and growth into the distant future – with the goal of achieving insight.

This needn’t be antithetical to a value investor’s mentality.

This talk isn’t about advocating growth over value. His message is to explore the mindset that will prove most successful for value investors over the coming decades, regardless of what the market does in those just ahead. It’s important that investors recognise:

Determining the appropriateness of a market price requires deep micro-understanding. That makes it impossible to opine on the valuation of a rapidly growing company from 30,000 feet or by applying traditional value parameters to superficial projections.

The key, as always, is to understand how today’s market price relates to the company’s broadly defined intrinsic value, including its prospects.

So, what he is saying is:

If you haven’t already read Roger’s whitepaper on value and growth then you can access it here which covers much the same principles as Howard Marks discussed in this presentation.

*Oaktree Capital Management is an American global asset management firm specialising in alternative investment strategies. It is the largest distressed securities investor in the world and is one of the largest credit investors in the world.