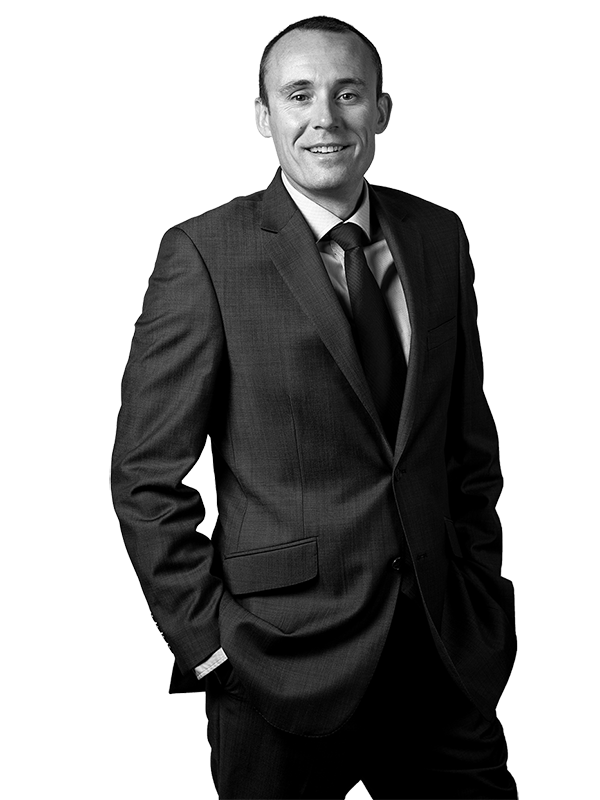 Hey Big Super – will there be more offers for Uniti Wireless?

There is an auction process (of sorts) happening for Uniti Wireless (ASX:UWL), and it appears contested with two interested parties emerging to date.  Should there be more?

First up was Morrison & Co. initially pitching a $4.50 proposal and UWL’s board awarded Morrison an exclusive due diligence period of four weeks for its efforts. Nine days later the Connect Consortium, Macquarie Infrastructure and Real Assets and Canada’s Public Sector Pension Investment Board, tried their hand with a $5 proposal. Morrison, now joined with another Canadian Investment behemoth Brookfield, lifted its proposal to $5 and retained their exclusive due diligence position, Connect apparently (and in our view somewhat disappointingly) receiving no encouragement for their endeavours.  So we thought we’d write a note to who we see as the logical buyers.  Hey Big Super.

Uniti Wireless is an infrastructure asset owner, a network that connects residential homes to Broadband Internet Infrastructure at nearly 1,200 locations in Australia. These assets are (very) long life, and UWL’s revenues are driven from monthly access charges, levied to retail telecom companies (like Telstra, Optus etc). The resulting cashflows very predictable, long life, with a very deep competitive moat, sticky and we think inflation proof. That combination is scarce and in our view is just what the big domestic industry super funds want in their portfolio.

Duopoly market structure with a Government Department as a competitor

Uniti Wireless operate in an effective duopoly market where scale matters – it’s them and NBN that provide Broadband access network infrastructure in the segment of the market where UWL focuses. UWL operate in the high returning area of that market, the Fibre to the Premises (FTTP) segment, as a commercial entity they decide where to deploy capital to build infrastructure, as opposed to a set of service obligations that the NBN operates within. UWL focuses on the FTTP area of the market, where the higher value single dwelling housing  connections offer the best returns in the market.  There are around 1.4 million of these types of connections today (out of a total of 9 million or so connected households in Australia).  Today, UWL have around 20 per cent of that sweet spot FTTP market, with NBN almost all the rest. That pool of connections grows each year as newbuild housing stock arrives on the market and needs connecting. Whilst it’s difficult to gauge accurate market share data of who is winning these newbuild contracts, it does look like UWL is winning new business at a higher rate than its existing 20 per cent market share. The recent rate of contracting at UWL has seen it add 110,000 connections to its order book in the last year, which if we consider NBN’s greenfield FTTP connection book growth of around 140,000 over the same period, it looks like UWL is starting to take a bigger share of new connections coming to market. UWL is growing fast and it’s a market that offers a long runway of growth. That’s a pretty interesting combination of industry structure and competitive framework. Who doesn’t want a slow-moving government department as your key competitor, one with a broader suite of obligations?

The current commercial model is high returning with a short payback period, with a long-term tail of inflation-proof annuity earnings. Rough maths on building these networks, invest today, get your capex back in three or so years and own the network for the rest of its life. Today developers make a contribution to UWL’s capex, in return getting what they want and when they want it as opposed to taking what the NBN offers on a timeline that may not suit. Government departments aren’t the most commercially flexible. These are 40 year plus assets that require minimal capex to future proof as it’s tough to see how these assets get out-competed by another technology. Even if you had an endless supply of capital to support a competing technology it’s simply up against the speed of light with the resilience and connection certainty of an in the ground fixed fibre connection. The laws of Physics combined with sunk capital is a tough competitor to beat.

What about inflation-proof earnings? Tick

Then there is the likely inflation-proof nature of the earnings. This is a point that there has been very little discussion about in the listed market regarding UWL, but we’d expect this is not lost on the bidders. The pricing construct for NBN is under review right now, and whilst it’s complicated and a long story, the short answer is that we think the NBN pricing construct is about to change, and that has implications for UWL’s pricing too. Today NBN’s pricing construct has a significant variable element that’s linked to rapidly rising data consumption growth and is therefore providing an uncertain cost input for NBN’s key customers – the big telcos. These customers want certainty over this key cost input, and there are proposals out for consultation that include a known rate of inflation in the calculation of the access fee charge, as opposed to a linkage data usage. After all the point of a high-speed Data Network is to use it for its purpose – high-speed data networking,  and the view is the uncertainty over the current pricing construct strangles the ability to build a commercial model for the big telcos to do just that, exploit the network’s capability to drive cashflow growth. And so the time has come for change. The ACCC has opined on these proposals and appears to our reading of the situation to have cleared the way for inflation-linked pricing that’s based on CPI. That’s a significant change, and one we think brings a key incremental quality to the earnings at UWL, certainty. We consider that Big Super regards certainty that long-term returns of its assets are inflation-proof characteristic of considerable value.

Value depends on who you are – The Big Super valuation lens

To understand how Big Super might see value in UWL’s assets, you need to take a look at their investment options and needs, and contrast those with the current suite of bidders. Fund Managers who have the ability to take assets private like Morrison and Brookfield, have a valuation lens advantage framed by the patience of their capital and the ability to take assets, effect change without fear of how near-term earnings look in the name of longer term value creation as there is no stock market pricing these assets every day. And so they can pay up and take assets from the listed market and still make their returns hurdles work. But at some point, they need to monetise their asset to crystallise that value creation for their end clients and get everyone involved paid.

Big Super on the other hand, has very very long patient capital, and a need to invest it into assets that offer high certainty of long term returns to match off against those long-term liabilities born out of the growth in the quality of life demands from the customer base that is ageing every day. Big Super literally must earn enough, in the long run, to take care of its customers when they are no longer able to earn for themselves. That responsibility drives a different valuation perspective. UWL is a business, we think, that would fit neatly and directly into Big Super’s asset base to help them address that responsibility. UWL’s assets are Australian, uncomplicated, they could be run using the internal talent Big Super already has to run its deep pool of property assets, they offer inflation protection, have low technology obsolescence risk, and have very very long life annuity like earnings streams in a relatively benign competitive industry structure. UWL is a scarce asset. Miss it. Miss out.  Dear Big Super, what are you waiting for?

Is there long-term value?

We can work out the IRR (Internal Rate of Return) that Big Super could receive at the current bid price with the help of our valuation model and a series of assumptions that underpin it. We all know that any valuation framework is only as good as the assumptions within it are relevant to the asset at hand. For UWL there are many factors, but the key ones are the assumption on growth of connections and the inflation factor in the ARPU, in the name of brevity the analysis below will offer a view based on the sensitivity to long-term valuation of these two factors, rather than all the other factors.

To skew the valuation regime toward how Big Super may see it we have looked at this as a 30-year asset hold (the assets will remain comfortably competitive over that period and a lot longer in our view), as that’s the advantage that Big Super has here. Time. The tables below look at two outcomes, Unlevered (no debt) and Levered (using debt). In terms of assumptions and for context UWL is adding around 25,000 connections per annum as a run rate today, and its order book has added 110,000 to it in the last 12 months (indicative of longer-term connection growth), given 80-90 per cent of these connections become actives we have shown what 80,000 connects per annum looks like as the opposite bookend of the range.  We have varied the ARPU and opex cost inflation driver between 0 and 3 per cent. A “reasonable” scenario a long-term asset owner might invest against is likely somewhere in these ranges in our view.

Taking 2 per cent inflation and 45,000 connects per annum sees an unlevered internal rate of return (IRR) of 9.9 per cent. This is the return per annum that the valuation model suggests would be available if the assumptions hold. The assets could carry debt, this juices up equity returns to 11.8 per cent in the same scenario, shown in the second table.

Source: Montgomery. * Assumes disposal of Telco & CpaaS at sub-market multiples, developer contributions drop to half in the long run (and they don’t really shift the value much anyway…).
Terminal valuation at year 31 at 14x EBITDA

So the question is would these returns be good enough for Big Super? Every day of the week and twice on Sunday! These rates of return for this duration and certainty just don’t come along every day.  Are you watching Big Super?

At a $6 offer price those red highlighted returns in the table above fall to 8.9 per cent and 10.3 per cent respectively.  Still great returns, some would say Super.

The Montgomery Small Companies Fund owns shares in Uniti Group. This article was prepared 04 April 2022 with the information we have today, and our view may change. It does not constitute formal advice or professional investment advice. If you wish to trade Uniti Group  you should seek financial advice.