In my video blog last week, I discussed why the major banks had not passed on the recent RBA rate cuts in full. This is due to an increasing proportion of each bank’s funding base approaching zero or close to zero interest rates. As most bank customers would know, transaction and traditional savings accounts pay little or no interest at present. This fixes the funding cost of these deposits for the banks irrespective of what the RBA does in terms of lowering its official overnight rate.

Historically, the low funding costs attached to transaction and traditional savings account deposits provided banks with a material funding cost advantage over smaller lenders and non-banks that are more dependent on wholesale markets for their loan book funding. Lower funding costs means the banks could charge lower interest rates on loans than other lenders and still generate a good margin over their average funding cost.

However, as the RBA official overnight rate moves closer and closer to zero, that funding cost advantage is being eroded given that wholesale funding costs, while still higher than the cost of transaction deposit rates, are able to fall in line with the RBA rate cuts.

This results in smaller non-bank lenders becoming more competitive on costs the closer the RBA official rate gets to zero.

Even without this benefit, wholesale market funded lenders had become more competitive as the average spread between the key benchmark 3-month bank bill swap rate (BBSW) and the official overnight rate has fallen materially over the last year.

Over the 18 months to 30 June 2019, there was a step up in the spread between the 3 month BBSW and the Overnight Indexed Swap (OIS) rate relative to longer term average. The 3 month OIS provides an estimate of the market’s forecast for the average RBA official rate over coming 3 months. Movements in this spread adds to the credit spread paid over BBSW by lenders that rely on wholesale funding of their loan book. 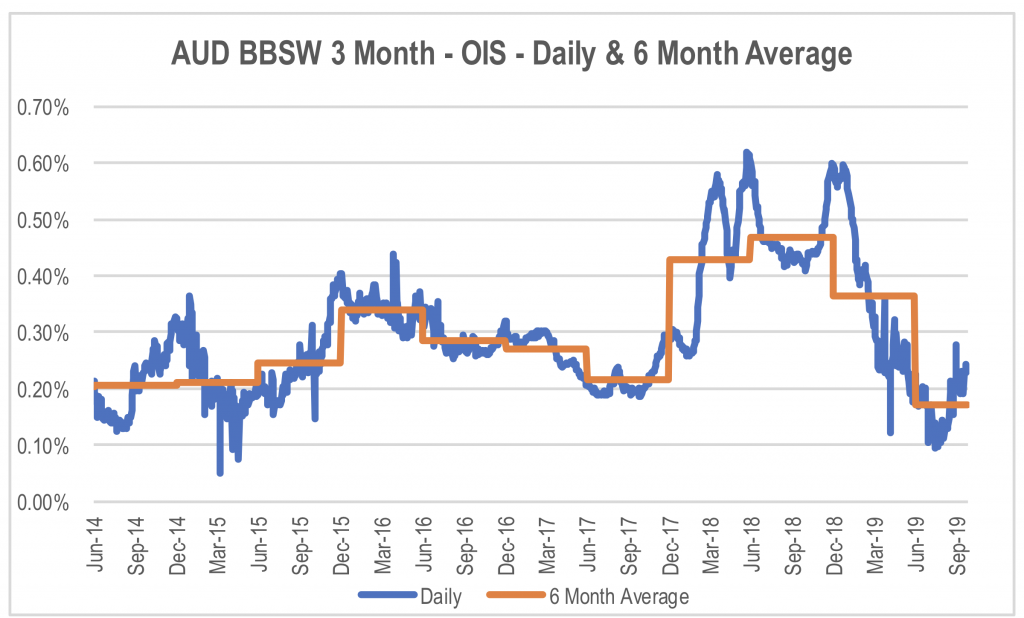 If we compare these averages to CBA’s standard variable rates for owner occupied principal and interest as well as investment property interest only mortgages, we can see the gap between wholesale funding costs and these rates widening over the course of the year. 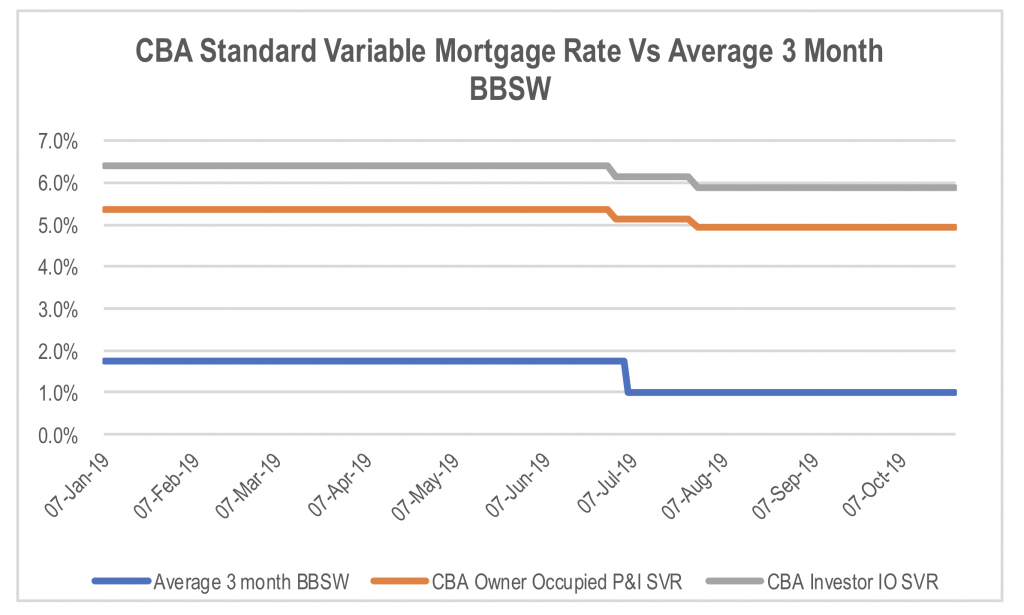 The gap is widening due to the inertia in deposit funding rates and falling returns on the liquid asset portfolio the banks are required to hold. If the lending rate spread over wholesale funding costs did not expand, major bank margins would decline, reducing their profitability.

However, for smaller lenders that are funded entirely from wholesale markets, this represents an opportunity to either increase margins, or reduce rates further than the banks to gain market share.

The likely outcome for these smaller non-bank lenders is a combination of both. This sees a medium term opportunity for these lenders to grow earnings at a materially faster rate as they take advantage of the increasingly hamstrung major banks.

In terms of listed companies that have exposure to this dynamic, Australian Finance Group (ASX:AFG) has a securitised mortgage book (AFGS) that is growing as a share of its overall mortgage settlements. In FY19, the loan book grew over 50 per cent. However, margins fell as a result of rising wholesale funding spreads. This is set to start to reverse in FY20, with increased margins leveraging over a much larger loan book. 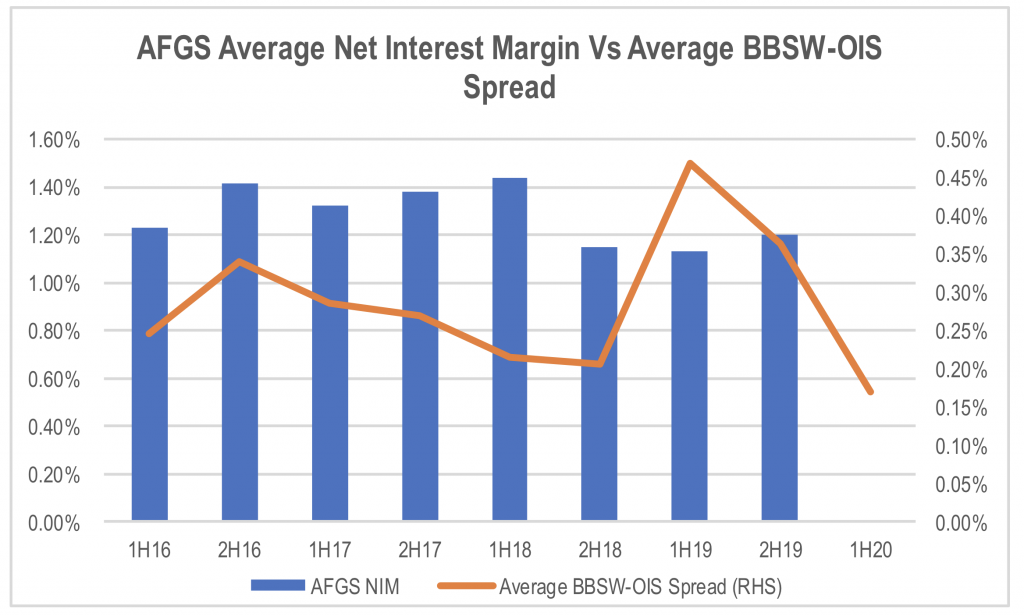 AFGS leverages AFG’s footprint of mortgage brokers that use its aggregation platform. If the announced merger with its largest competitor Connective is approved, the base of brokers through which AFGS’s business development managers can sell its securitised mortgage products will roughly double, providing a significant growth opportunity for the business.