Is the LIC market dead?

Listed Investment Companies (LICs) have arguably been the poster child of the Exchanged Traded Product (ETP) movement. As at the end of May, LICs accounted for AUD $45 billion by market capitalisation on the ASX, with 108 offerings across a range of asset classes though mostly concentrated amongst Australian and international shares as captured by Morningstar.

However, recently the LIC market has had a very dark shadow cast over it. January saw Treasurer Josh Frydenberg launch a review into LICs and the upfront commissions or stamping fees paid by fund managers to financial advisers and stockbrokers upon fund issuance. Last month, the commissioner determined that from 1 July 2020 there will be a ban on such fees on LICs and their close cousin, Listed Investment Trusts (LITs)*. The aim of this ban is to protect investors and level the playing field with other managed investments. Does this mean the LIC market is done and dusted? *Excluding real estate investment trusts, hybrid securities and listed infrastructure investments.

In this article I will explore the current state of play for LICs and what the “new norm” could look like post 1 July 2020.

The Treasurer in his review noted that “LICs are legitimate products that allow consumers to diversify their investments and these changes should increase confidence in the sector.”

This is important to appreciate as LICs do offer investors access to strategies in one trade that they may not otherwise have access to, whether it be due to investment minimums and/or assets the investment manager deal with (for example, fixed interest or private equity). However, the closed-ended nature of the vehicle creates one big problem: the ability to trade at or near the Net Tangible Asset Value (or NTA). As noted on the ASX website, closed-ended means “they do not regularly issue new shares or cancel shares as investors join and leave the fund. Instead, they issue a fixed number of shares on initial public offering (IPO), and investors must buy and sell those shares on ASX (occasionally, new shares may be issued to increase the size of the fund, or shares may be bought back or cancelled to reduce the size of the fund.” The lack of shares on issue can cause spreads (and therefore discounts to NTA) to blow out in times of volatility, as we saw in March this year.

At the end of May, the average discount to NTA across the ASX’s LIC market was 13 per cent, as captured in Chart 1 below. International shares as an asset class experienced the largest discount to NTA, averaging almost 17 per cent, closely followed by Absolute Return and Specialist strategies (12 per cent respectively). Looking within international shares, of the 38 LICs on market, only five traded within 5 per cent (plus or minus) of NTA, as per Chart 2 below. Similarly captured on Chart 3, of the 52 Australian share LICs on market, just eight traded within 5 per cent (plus or minus) of NTA as at May end. Those trading at the tightest spread to NTA were AMCIL Limited (0 per cent), WAM Microcap Limited (0.49 per cent) and Absolute Equity Performance Fund Limited (-0.61 per cent). While those at the other end of the ledger were Sunvest Corporation Limited (-54.09 per cent), Bentley Capital Limited (-56.70 per cent) and Orion Equities Limited (-60.77 per cent). It is important to note that some of these discounts have been exacerbated as a result of the considerable volatility experienced in markets over the past three months. Such significant stretches in discounts can really be evident in periods of both market dislocation (where there are a higher number of sellers) and in periods of sustained underperformance of the underlying Fund.

Where to from here?

The pressure for managers to act on closing the discount to NTA for their LICs is well documented and continually mounting.

Historically share buybacks have been the main defence for a manager to close the gap to NTA, however this is hard to sustain over the longer term – how much is the right amount to buy back? Managers that have announced large-scale share buyback programmes in the last 12 months include Spheria (ASX: SEC), Naos (ASX: NSC), Templeton (ASX: TGG) and Antipodes (ASX: APL). Some managers have even looked to convert their LIC into an open-ended equivalent, such as Monash (ASX: MA1) into an Exchanged Traded Managed Fund (ETMF), and Ellerston (ASX: EGI) into an unlisted managed fund who followed Watermark’s lead in doing the same at the end of last year.

An ETMF, or more commonly known as active ETF, employs a market maker to manage the intra-day trading spreads for the Fund to ensure they consistently trade much closer to NTA, and given the structure is open-ended, do not require a buyer to sell, and vice versa. Montgomery and our global equity partner Montaka have always seen this open-ended structure as the cleanest listed vehicle for our capabilities, and have written extensively on it in the past. Finally, for those smaller LICs that are both underperforming and trading at a consistent discount, there is the very real risk of takeover or closure, a movement that has been led by Geoff Wilson and WAM (ASX: WLE), who famously acquired Century Australia Investments and more recently Perennial Wealth Defender in 2018 and Blue Sky Alternatives last year.

I am of the opinion that a LIC, as a listed investment vehicle, does serve a purpose for bringing capabilities to market where an active ETF or open-ended listed structure is not appropriate. However, it is unlikely post-1 July we will see the scale of LICs that have been brought to market in prior years, by both the number of offerings and size of them in dollars.

For existing LICs, it is a favourable trading strategy to look at those temporarily trading below NTA where the underlying Fund has a short-term period of underperformance and there is a quality investment capability within. For those on the other side of the ledger, there will be more consolidation, conversion, or closure to come. For new strategies being brought to market, particularly those in the equity space, we are likely to see more active ETFs where there will be less emphasis on the raise period or need to invest prior to market given their open-ended nature. We have recently seen innovation in the listed fund space with Airlie (ASX: AASF), which is an active ETF with the ability to trade off market as an unlisted managed fund would normally at actual NTA. Those interested in tracking LICs more closely can access a number of weekly and monthly reports here. 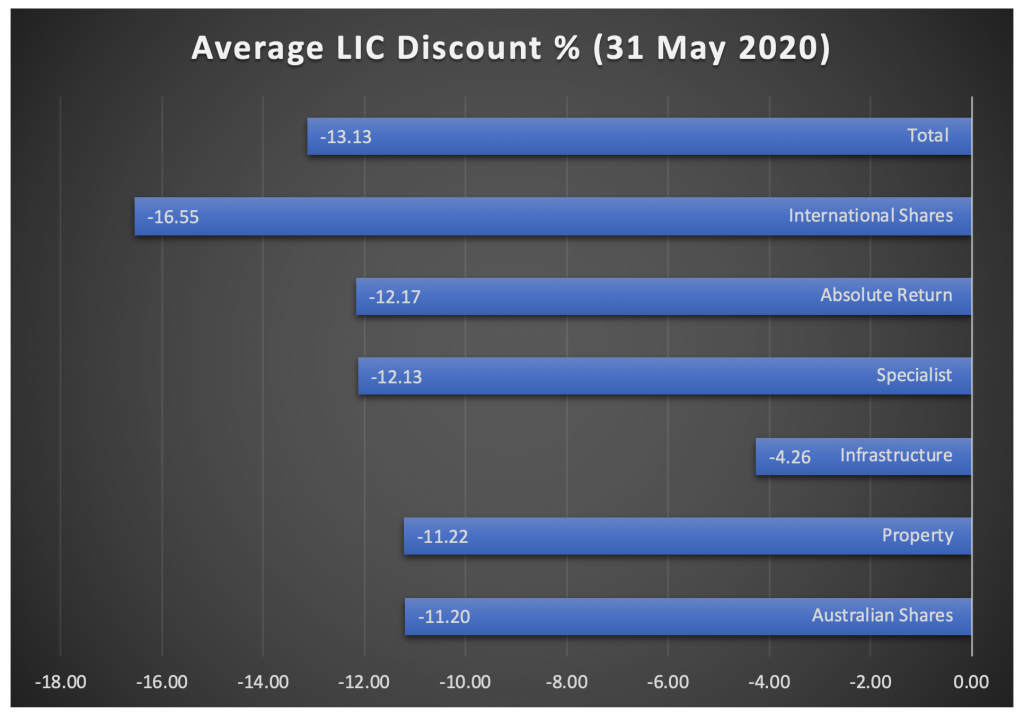 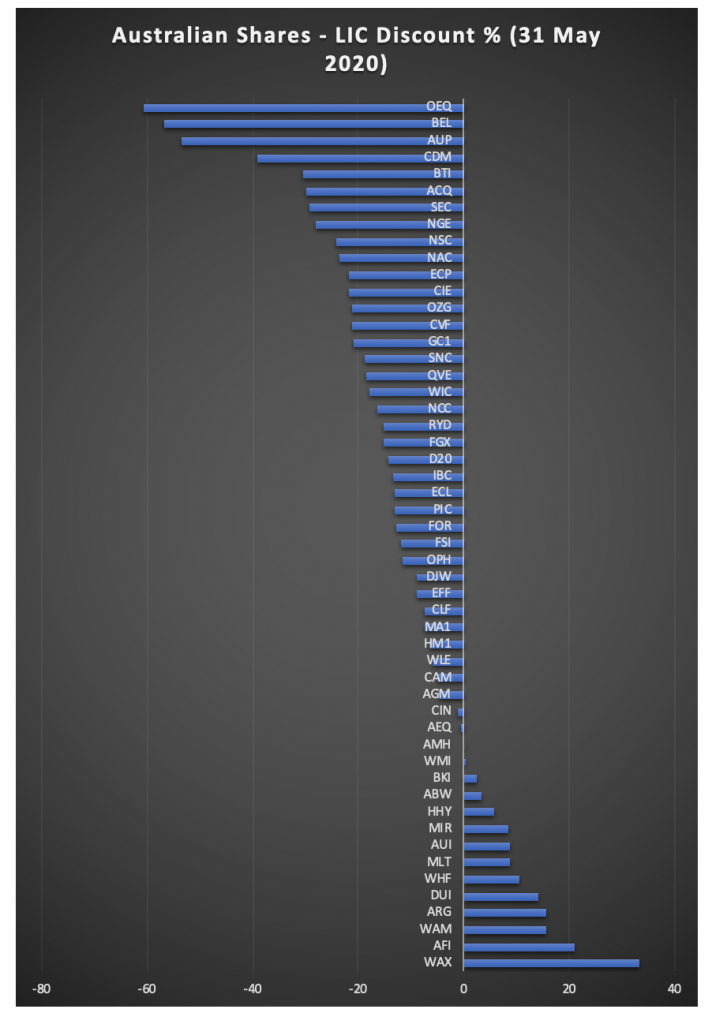 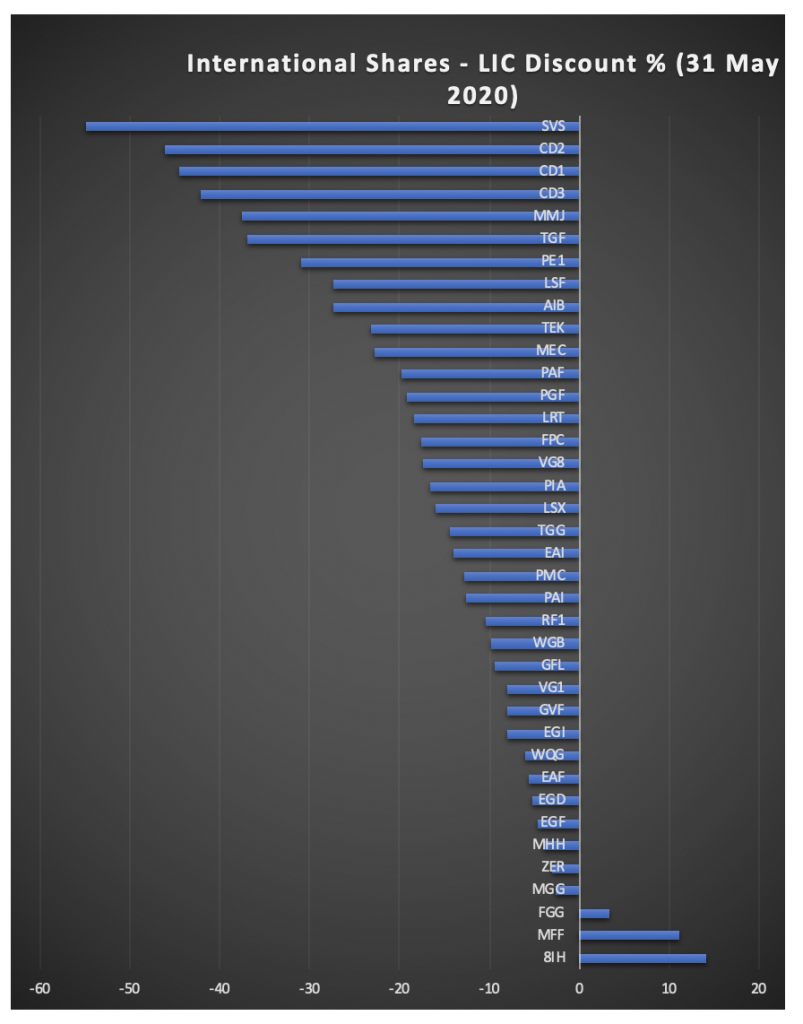