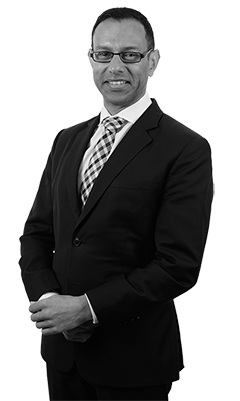 At Australian Eagle, the external environment is not something we can control but it is something we do pay attention to. It plays a part in our investment thesis on stocks and will always be an important consideration in terms of our assessment of the quality of a company. However, the investment team tends to focus more on the inherent fundamentals of stocks especially those involving factors under management’s control. The assessment of the quality of the Commonwealth Bank (ASX:CBA) and its big four bank competitors presents an interesting scenario worth looking deeper into, both from an internal and external environment perspective.

The Australian equities market has a large weighting towards the bank sector, with the big four banks representing over 22 per cent of the S&P/ASX 100 Accumulation Index in terms of market capitalisation. The great Australian dream is to own your own home (and a few more to rent out!) and many Australians have achieved this, making the Australian residential property market worth close to $10 trillion, four times the size of the stock market. As the big four banks have just under 80 per cent market share of the residential property mortgage loan market, their fortunes remain closely tied to residential property prices which are also directly tied to interest rates. However, the effect of this relationship is not always clear, especially in the current environment where no one knows how long interest rates will rise for or to what level they may rise to. The Reserve Bank of Australia (RBA) has already hiked interest rates at an unprecedented 7 consecutive meetings since May 2022 to combat high inflation. With household budgets already stretched thin by inflation, the collective fear is that some Australian mortgagees may not be able to handle such a fast rate rise, especially when wage inflation is struggling to keep up. Banks traditionally make higher margins when interest rates go up but if more loans become impaired than expected, it may offset the normal benefit of higher rates. As a result, the effect of the RBA’s actions may be perceived as somewhat of a double-edged sword for now.

Commonwealth Bank of Australia is the largest of the big four banks and the one assessed as the highest quality by our investment team. This is due to their ability to retain the lion’s share of the retail banking market in addition to earning a higher net interest margin income relative to its competitors. The key strength of CBA’s business is its large and loyal retail customer base of around 10 million customers, compared to the smallest of the big four banks, ANZ with around 5 million retail customers.

The recent results commentary from management of the remaining big four and smaller banks have stated that they are losing market share due to increasing price competition. CBA’s ability to retain their market share despite such stiff price competition in a market selling a relatively homogenised product is a sign of a high-quality company. As funding costs across the industry are broadly similar, the profitability metrics of CBA are telling us that they are charging premium prices so the brand perception is sometimes just as, if not more important than the price itself. Being able to maintain large volumes of customers while earning high margins has naturally resulted in a relatively elevated return on capital, meaning CBA’s Return on Equity (RoE) metrics have remained consistently above its competitors throughout past and current interest rate cycles.

The highly profitable operations of CBA have manifested an ability to invest more capital to ensure their market share is at least maintained and/or grown, especially through their heavy ongoing investment in technology upgrades for their internal systems and customer products. CBA’s complete overhaul of its core IT infrastructure some years ago still sets them apart from competition and in a world where technology is moving at an accelerating pace, it allows the savvy and efficient deployment of new products at a pace with which its competitors have a hard time keeping up.

A rising tide does lift all boats but when the conditions become unfavourable, the smaller or less structurally sound boats sometimes struggle to stay afloat. CBA is the largest and most well-constructed of the big four banks. The systems and structures set in place by management have set the company up to be the best prepared of its peers to ride out the short term volatility that may result from the unpredictable external environment. If it ends up that the fears of increased bad debts was overblown, this ensuing rising tide will still benefit CBA as it has the largest market share and is the most profitable of the big four, both on an absolute and relative basis.