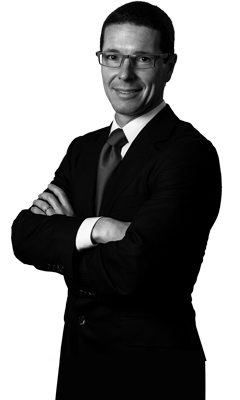 Why I don’t think we’re headed for a correction

Over the last few months, increased risk-taking by investors has led to ballooning prices for loss-making businesses, IPOs in unprofitable firms, and speculative ‘assets’ like cryptocurrency. This is usually a signal that the market is too hot, and is due for a correction. Is the market at risk of an imminent collapse?

There’s no doubt pockets of exuberance exist. The recent activity in GameStop, the gold rush in electric vehicle and battery makers, and the surge in bitcoin more recently point to some seriously illogical, if not stupid, behaviour. Even in Australia convincing evidence of euphoria exists. The “buy now, pay later” sector here trades on a combined market capitalisation of $40 billion despite the requirement for dilutive future capital raisings to fund book growth and despite generating an annual loss of $82 million.

Despite the clear evidence of bubbles in certain pockets of the market, however, I believe they can inflate and deflate in isolation. Indeed, we have already seen this occur. Last year, Hertz, Kodak and Nikola all rose between 600 and 1600 per cent in just a few months before crashing between 80 to 90 per cent. The bubbles inflated and burst and yet the broader market was uninterrupted. Similarly, the current bitcoin mania can crash without dragging the equity market down. It’s done it before. It crashed – falling from nearly US$20,000 in 2018 to $4000 in 2019 – without any impact on the stock market.

Provided the entire market is not in a bubble, and the bubbling assets themselves are not held on the balance sheet of systemically important financial institutions, these bubbles can burst without wiping out the financial system or the returns for sensible investors who refrain from gambling.

What does a high PE ratio mean?

Speaking of the broader market, Robert Shiller’s CAPE (Cyclically Adjusted Price Earnings) ratio for the S&P500 currently sits at its second-highest level in 150 years. The only time the ratio has been higher was during the tech bubble in 1999. Some commentators note that the elevated PE ratio is not only a sign of overvaluation but a warning of an imminent crash.  Robert Shiller himself, however, has noted the ratio is an unreliable tool for the prediction of crashes and prefers it to be used to estimate the average annual return for the forthcoming decade – something it is more reliable at predicting. Its lofty status suggests the next 10 years’ average annual return for the S&P500 might be in the low single digits.

Of course, whether the market is overvalued or not depends on which measure you use. On standard PE metrics, the S&P 500 is trading at about 22 times predicted earnings for 2021, higher than the long-term average of about 16, but lower than the 30 it reached before the dotcom bubble turned into DotBomb.

And before concluding the market is at risk of an imminent collapse, one must appreciate the fundamentals supporting the constituent companies, remembering 25 per cent of the S&P500 is weighted to just six names — Facebook, Apple, Amazon, Microsoft, Google and Tesla – known as the FAAMGT stocks. The FAAMGTs are collectively worth more than $US8.1 trillion ($10.7 trillion), and account for almost one quarter of the $US33.3 trillion S&P 500.

Our own analysis reveals these companies to be incredible wealth creation machines. In almost every case their returns on equity are higher today than when they were smaller enterprises. The bigger they get the more profitable they become. Today’s internet giants enjoy the benefit of infrastructure, such as computing power and storage, mobility networks and data speeds, that was inadequate back in 1999 when the first internet boom crashed. And there’s a long runway for growth ahead.

Growth companies have simply seen more economic value accrue to them relative to more traditional companies with lower valuations, and unless antitrust legislation stops them, more value will accrue to their owners.

So, while the market does seem overvalued overall, there is merit in the idea that the companies driving the market higher have powerful economic moats and are themselves individually inexpensive — excepting again perhaps Tesla!

Finally, as we discussed here, based on current bond rates (which of course could change – keep an eye out for a steepening yield curve) the Australian market appears to be fairly valued rather than expensive.

The market might be expensive but it is being driven by a serious weighting to companies with highly desirable and prized characteristics. Pockets of irrational exuberance do exist and they’re easy to find but they can inflate and deflate without upsetting the rest of the market. And finally unless bond rates start to ratchet up, the market appears to be about fair value.