Why 2023 could be a good year for investors

Without a doubt, 2022 has been a tough year for equity investors. As I write, the S&P500 is down around 16.5 per cent, and the ASX200 is down around 5.5 per cent. But don’t despair – 2023 could see a return to sharemarket gains. Because history suggests that, after a negative year, the odds improve of a better subsequent year.

Back in early November, I highlighted why adding to an investment in equities might be wise. I revealed the normal distribution of S&P500 annual returns since 1872, which is repeated below in Figure 1., for convenience. The histograms shown in Figure 1. reveal 150 years of annual returns for both U.S. bonds and stocks – as measured by the annual total returns for US 10-year treasuries and the S&P500 since 1872.  Figure 1. also shows this year’s returns (in red) have fallen into the far left tail of the return distribution. The chart has a reliable habit of effectively indicating mean reversion. The timing can’t be foretold by Figure 1., of course, or by any other means, but it shows that years in which the market falls by as much as it had then, by early November, are rare, and better returns than these are highly likely, indeed probable, in the future, if history is anything to go by. 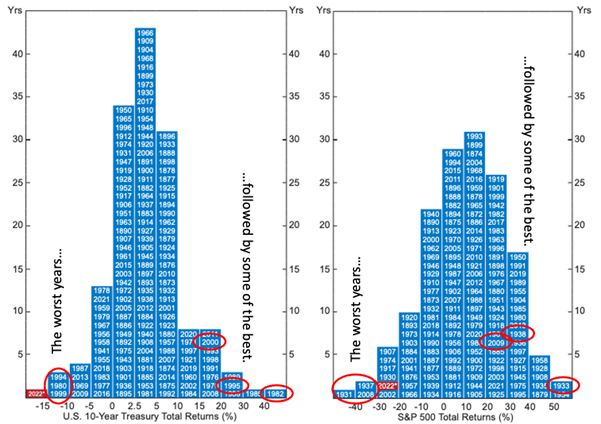 Building on this theme, analyst Ben Carlson has examined S&P500 returns over the last 95 years and discovered two consecutive years of losses has occurred only nine per cent of the time.

Of course, statistics are dynamic, and with each year the percentages will change. The nine per cent figure, just quoted, may be a higher number next year if we do have another negative performance from the S&P500. There is no reason last year’s return should have any meaningful impact on next year’s. And there is no reason slicing and dicing the data by calendar years should have any meaning – other than to the extent the end and beginning of a year might influence investor behaviour.

Having noted all the caveats, however, I believe Carlson’s scan of annual performances may help to provide some comfort for investors who are otherwise disconcerted by the meaningfully negative returns of 2022.

Carlson notes, since 1928, the S&P 500 is up roughly 55 per cent of the time following a positive year immediately prior. Given the market is up approximately three of every four years, we shouldn’t be too surprised by that statistic. 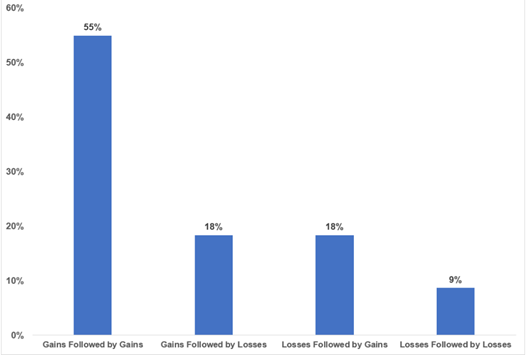 If the S&P500 finishes the year with double-digit negative losses it will be the 12th time in the last 95 years. And we can add to Carlson’s findings by noting (from Figure 1.) it will also be the 19th annual loss of greater than 10 per cent in the last 150 years. 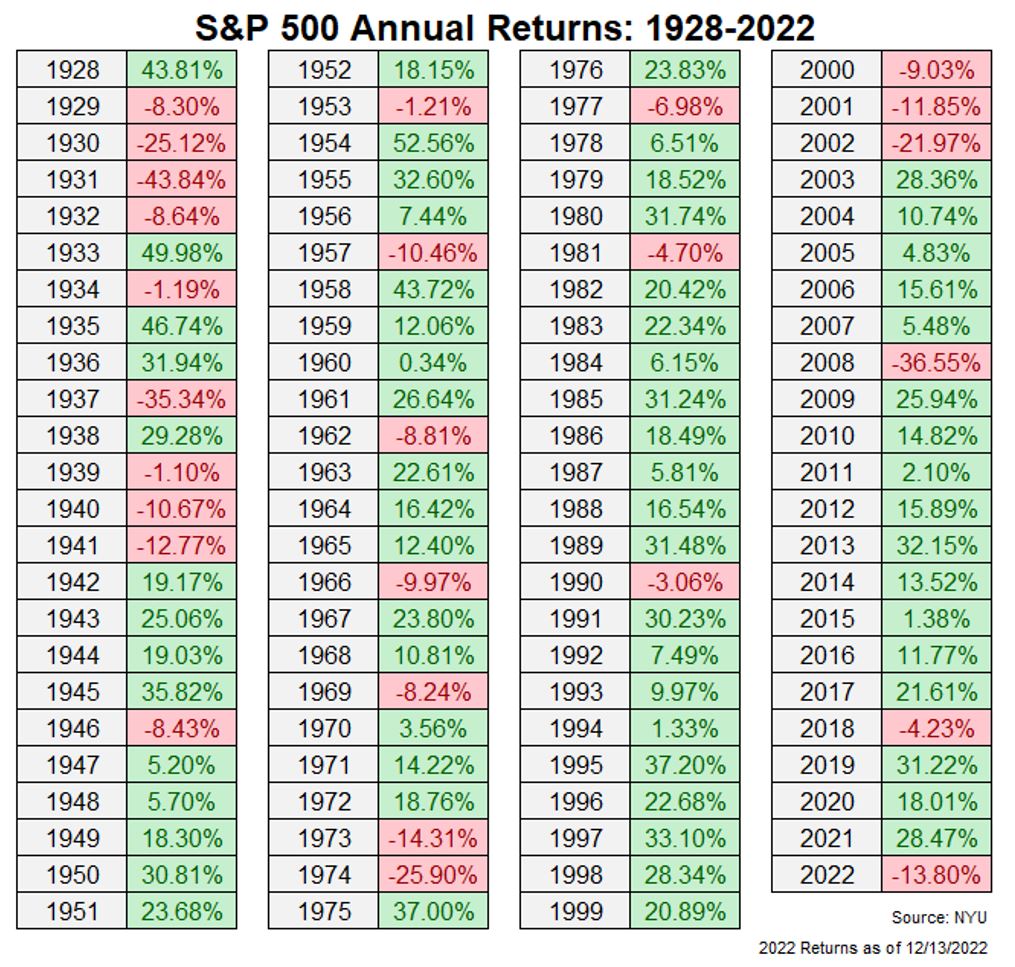 Nobody can successfully predict what next year’s return will be. History, however, suggests with each negative year, the odds of a better subsequent year improve.