The power of owning long-term winners

The power of compounding, or the “eighth wonder of the world” as Albert Einstein called it, can be counterintuitive sometimes. Small increases in annual returns, when compounded over long periods of time, result in very large increases in one’s investment.

We decided to take a look at the 10YR annualised shareholder returns of US stocks (we limited to those which have more than US$5 million in daily liquidity today in order to keep the list manageable).

Shown below is a histogram of the number of US stocks (vertical axis) for each level of 10YR annualised return (horizontal axis). As you can see, there is a reasonable bell curve around the median return of 7.7 per cent per annum, over the last 10 years. 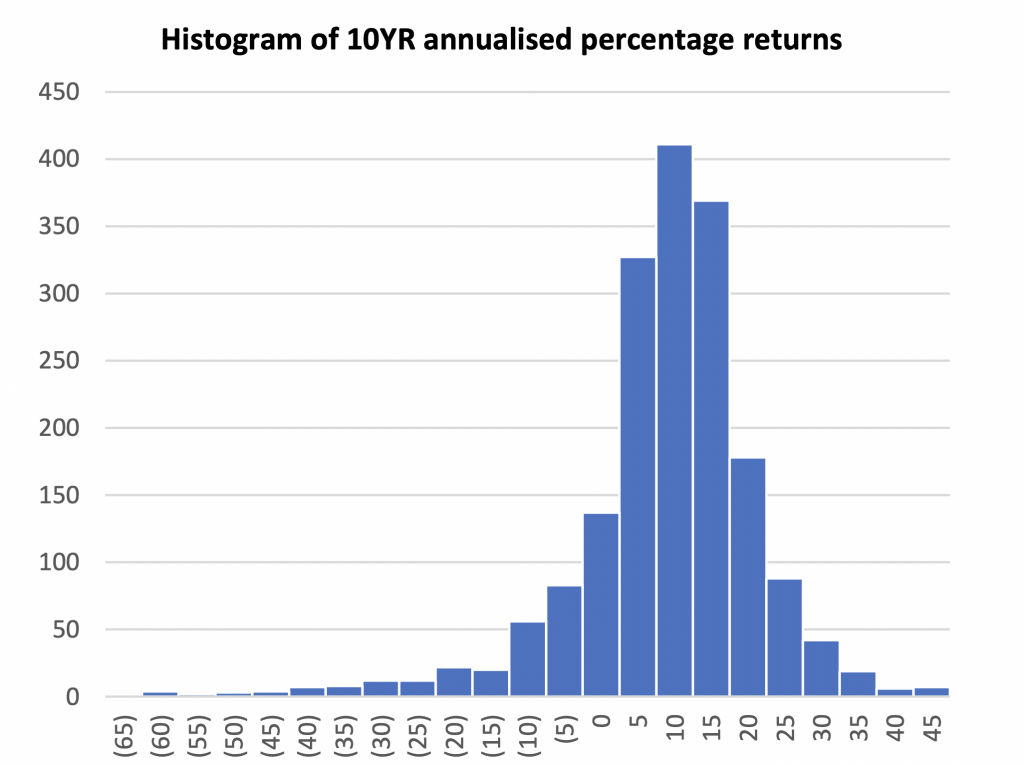 What is particularly interesting, however, is looking at what the differences in the range of returns means for investor outcomes over 10 years. Shown below is the above histogram, but this time the horizontal axis represents the dollar amount after 10 years to which a $1 initial investment will grow.

But there is a very long tail to the right-hand side of the chart. This tail reflects a handful of stocks – 79 to be precise – which resulted in 10x or more enlargement of one’s original investment 10 years prior.

This disproportionality of investing in long-term winners is one of the reasons we believe in owning high-quality businesses in our portfolios. If we can own the businesses which are going to win over the next 10 years and beyond, we believe we give ourselves a good chance of picking up some of these stocks in the right-hand tail.