Home » Investor Insights » Latest Insights » Have the Praemium Board hung up the ‘For Sale’ sign? 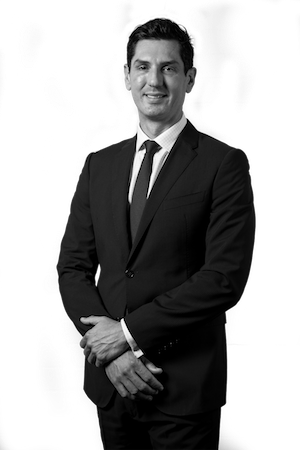 Have the Praemium Board hung up the ‘For Sale’ sign?

When the Board of Directors suddenly sacks the CEO of a company ‘effective immediately’ the share price typically tanks as investors stampede for the exit, shooting first, asking questions later. However, in the curious case of Praemium (ASX:PPS), a subscale wealth platform player with a chequered history of tactical execution, such news instead sent the share price soaring, up almost 50 per cent over two months. What could this perhaps counterintuitive market reaction be signalling? We think the company has been put in play for potential corporate activity.

Founded in 2001 and listed on the ASX since 2006, PPS is a ‘fintech’ software company with a market capitalisation sitting around $570 million. The domestic business, which accounted for 80 per cent of 1H FY21 revenue, is competitively positioned as a distant third amongst the Australian listed wealth platforms, behind the market darlings, Netwealth (ASX:NWL, $4 billion market cap) and HUB24 (ASX:HUB, $1.7 billion market cap).

Historically focused on the niche SMA (Separately Managed Account) market segment, over the past few years Praemium has strategically invested to broaden out its product offering, allowing it to better compete against the aligned incumbent platforms (such as AMP Limited (ASX:AMP), MLC (ASX:MLC) and IOOF Holdings (ASX:IFL)) and the independent specialists (NWL and HUB).

Although the loss of a major client back in 2019 was a set-back for Praemium (ANZ Private Bank switched to NWL), recent domestic inflows excluding this client transition have been encouraging while the $56 million Powerwrap acquisition (completed in November 2020) delivers meaningful scale benefits plus a $6 million synergy pack.

Broadening the product offering means that Praemium is now firmly leveraged to the same structural growth trends as Netwealth and HUB24; financial advisers continue to leave large, aligned groups for independent boutiques, allowing the specialist wealth platforms with superior technology and functionality to win market share from the incumbents.

The key issues for investors have been Praemium’s perceived lack of scale and the underperformance of the international operations which continue to lose money. Praemium continues to trade at a significant discount to listed platform peers, so the Board stepped in.

In late May 2021, they announced the CEO was being moved on after almost a decade in the role, to be immediately replaced by a Non-Executive Director until a permanent candidate is found. Despite reportedly being positioned for continued strong growth, both in Australia and overseas, the Board noted it was looking for new leadership to capitalise on favourable market conditions, including industry consolidation. Additionally, Deloitte Corporate Finance was appointed to undertake a strategic review of PPS’ loss-making international operations.

The shares opened lower on the unexpected news, however buyers (including ourselves) soon arrived in numbers, piling in to get set in a potential takeover target.

Almost two months later, Praemium disclosed the completion of the strategic review of its international operations, with the Board supporting the recommendation to divest the business through a formal sale process. Although operating momentum was said to be strong, the Board highlighted the international business remains at a material scale disadvantage to key competitors.

Praemium also revealed it has received unsolicited, strong interest from a number of potential buyers. This is perhaps unsurprising considering the significant wave of consolidation activity occurring within the UK advice sector of late, a market some have compared to Australia ten years ago; that is at the early stages of a multi-year structural migration away from aligned institutions and towards independent wealth advice.

No indication of valuation was provided – we note brokers value PPS’ international operations at $75-120 million ($0.15-0.24 per share), implying 4-6x their FY22 revenue estimates.

Importantly, divesting the subscale, loss-making offshore unit likely increases the appeal of the remaining profitable Australian operations to a domestic suitor. Platforms are a scale game so logical acquirers would be NWL or HUB, along with the highly acquisitive IRESS (ASZ:IRE, $2.5 billion market cap) which entered the platform space last year via the acquisition of OneVue (formerly ASX listed). Private equity also can’t be ruled out – KKR bought 55 per cent of Colonial First State in May 2020 for $1.7 billion, promising to accelerate investment in the wealth business, including upgrading its technology systems.

The Montgomery Small Companies Fund owns shares in Netwealth and Hub24. This article was prepared 27 July 2021 with the information we have today, and our view may change. It does not constitute formal advice or professional investment advice. If you wish to trade these companies you should seek financial advice.