We recently mentioned Capricorn Metals (ASX:CMM) as a stock to watch with the company entering the commissioning phase of the Karlawinda project. Since then, there have been a couple of notable developments from the company including an acquisition and an operating update which has helped support our thesis.

In late July, Capricorn Metals announced the acquisition of the Mt Gibson Gold project for approximately $40 million through a combination of cash and scrip. The Mt Gibson Project has an inferred resource estimate of around 2.1moz based on assessment of historical drilling in the region.

The project was placed on care and maintenance in 1999, when the gold price was at A$450/oz vs approximately A$2400/oz currently after producing in excess of 868koz over a 13-year period. With minimal exploration conducted since late 1990s and the existing production footprint relatively shallow at max depth of around 100 metres, there is significant potential to delineate a new mining frontier over the next 18-24 months.

In addition, the acquisition multiple of A$20/oz is very attractive. While the industry has moved beyond quoting EV / resource multiples to some degree (as they fail to reflect the all-important economics of extracting the resource to realise value), there are still some rules of thumb when assessing gold exploration tenements with an acceptable grade:

On top of the attractive price tag, there are a couple of other attractive elements to the acquisition:

In short, the acquisition gives the Capricorn management team another growth project to pursue in the next 12-24 months, with the potential to transform CMM into a multi-mine gold company.

In addition to the acquisition, the company announced a production update for the JunQ21. While still early days, the update shows some encouraging developments especially on recoveries, which at 95.4 per cent is higher than our expectations at this early stage (and the company’s own expectations). 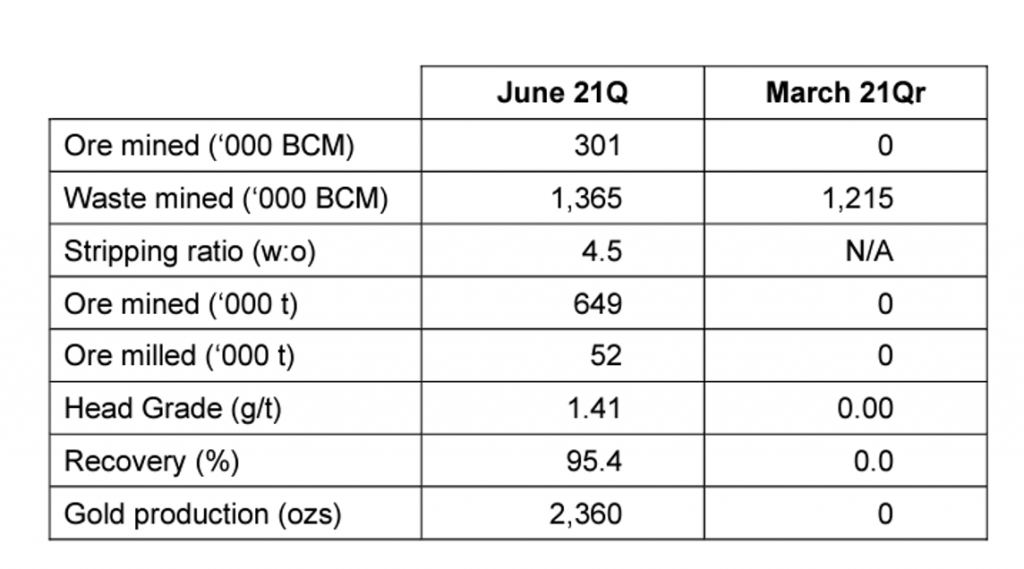 We expect a smooth ramp-up to drive a further re-rate in the shares as the company transitions from developer to producer status.

You can read Joseph’s previous article here: Is Capricorn Metals due a re-rate?

The Montgomery Funds own shares in Capricorn Metals. This article was prepared 05 August with the information we have today, and our view may change. It does not constitute formal advice or professional investment advice. If you wish to trade Capricorn Metals you should seek financial advice.