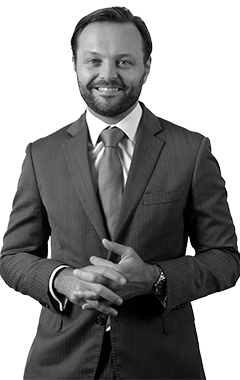 This week, the Reserve Bank of Australia increased the Cash Rate by 25 basis points to 2.85 per cent and provided insight to the boards discussions surrounding future decisions.

Tuesday saw the Central Bank tighten monetary policy further by increasing the Cash Rate by 25 basis points to 2.85 per cent.

Inflation was the key driver of the decision. As discussed in last week’s letter, over the year to September, the CPI inflation rate was 7.3 per cent, the highest it has been in more than three decades. It is forecasted to increase further, up to 8 per cent year-on-year by December 2022.

A notable shift in the Governor’s commentary as of late has been the relative shift away from discussing global supply chain issues as driving inflation. Instead, there is an increased acknowledgement of demand-driven inflationary pressures, such as household spending, which justifies the RBA’s Cash Rate hikes to date and planned continuance.

Household consumption has been volatile over recent years – however, it has remained elevated in recent reads. The falling savings ratio has reverted to near average levels, while consumption has remained elevated. This suggests much of the recent household demand driven inflationary pressures may be attributed to a concentrated release of pent-up spending, accumulated throughout the lockdowns of 2020 and 2021.

Several factors are impacting household budgets—namely, the trajectory of the household savings ratio, the lowest consumer confidence read since before the GFC, and the delay between Cash Rate increases and subsequent flow through to mortgage repayments. We should see both consumption and savings fall below average levels over coming months as disposable income contracts.

While this scenario should create the contractionary scenario necessary to place downward pressure on inflation, the current RBA central case forecast does not see inflation returning to the 2–3 per cent target band before 2025.

“The Board expects to increase interest rates further over the period ahead,” he stated. “As interest rates moved back to more normal levels, the Board judged that it is appropriate to move at a slower pace while we assessed the data, the economic outlook and the impact of the rate rises to date. We are conscious that interest rates have been increased by a large amount in a very short period of time and that higher interest rates affect the economy with a lag. If we are to stay on that narrow path, we need to strike the right balance between doing too much and too little.”

This leads us to believe that a monthly rate rise of 25 basis points is likely to occur in December and February, in line with current market pricing. 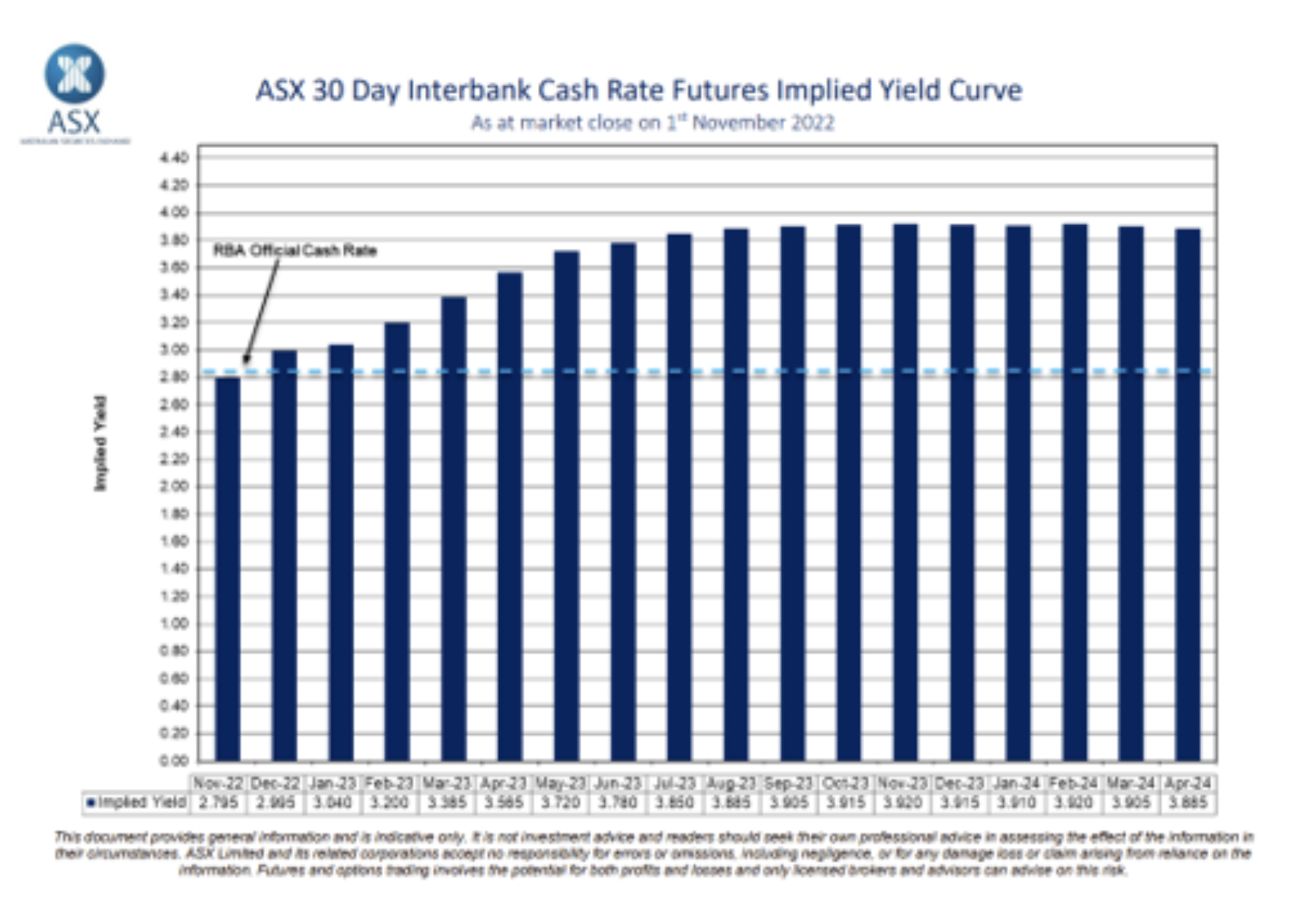 Another factor applying upward pressure on interest rates will be use of Quantitative Tightening.

During the pandemic, the Reserve Bank of Australia conducted Quantitative Easing, where it essentially created new money and lent it to Australian Banks as well as Australian Federal and State Governments at an interest rate of 0.1 per cent through the Term Funding Facility and Domestic Bonds, respectively. As seen in the above graph, this was to the tune of circa $525 billion. The RBA has stated that it will not roll this debt and it must be repaid, which the central bank will then destroy, reducing the supply of money in the economy (Quantitative Tightening).

This ~$525 billion of debt will need to be refinanced by the market and will be subject to market pricing. The subsequent increase in demand for debt capital without a shift in supply should see interest rates expand across the risk curve. As depicted above, the maturity profile of the Term Funding Facility (debt owed by Australian Banks to the RBA) largely rolls off over 2023 and 2024, while Government Bonds (debt owed by the Federal and State Governments to the RBA) will roll off relatively evenly over the coming decade.

Returns in Aura Private Credit products are poised to benefit from both increases in the RBA Cash Rate and spreads across the risk curve.