The concept of negative interest rates makes the mind boggle. And yet, over recent years many central banks around the world have set their policy rates to negative levels. A number of examples can be observed in the chart below which is sourced from a recent note titled: “Yield Curve Responses to Introducing Negative Policy Rates” produced by Jens Christensen of the Federal Reserve Bank of San Francisco. 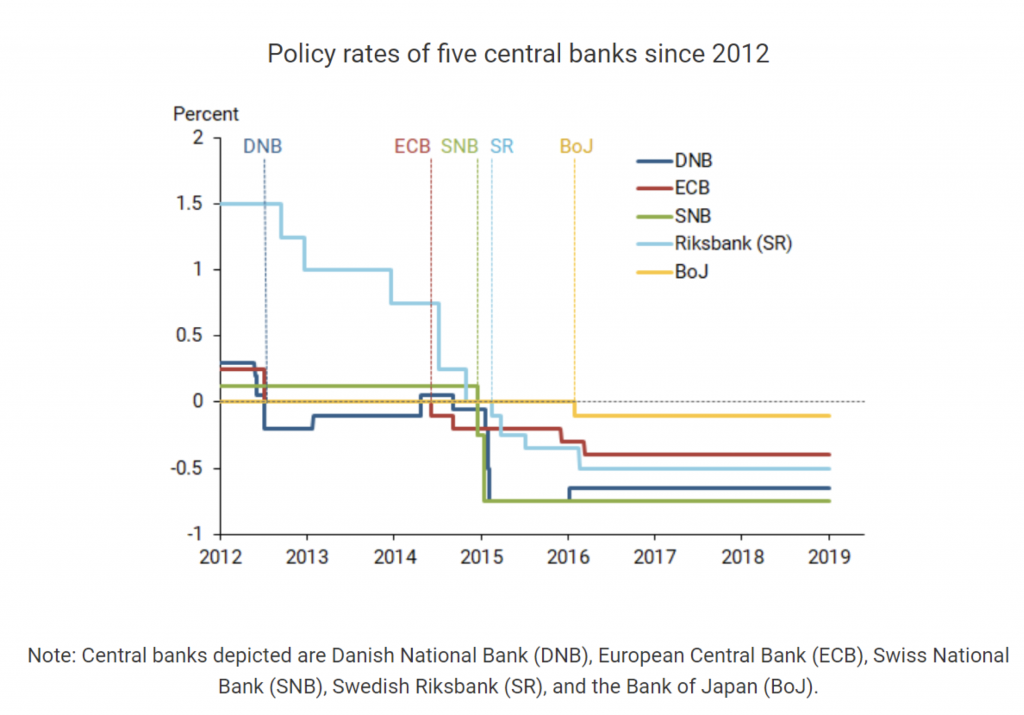 Christensen seeks to examine the effect of negative central bank policy rates on the yield curves of the associated economies. And his empirical findings are fairly simple and can be observed in the chart below which shows the 2-year government bond yields in the same economies as the chart above. As Christensen observes:

“Analyzing financial market reactions to the introduction of negative interest rates shows that the entire yield curve for government bonds in those economies tends to shift lower.” 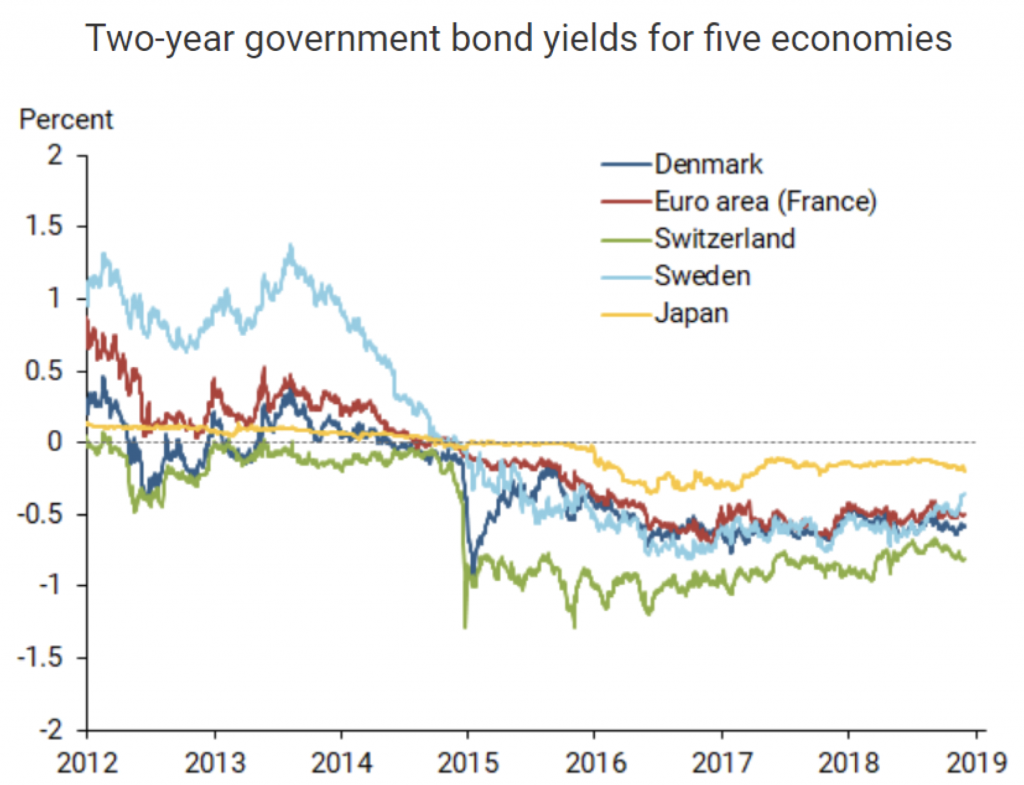 And this is why negative rates may be coming to a country near you – including New Zealand and Australia. Central banks are in the business of manipulating the yield curve of an economy to help achieve certain objectives. Christensen’s simple observation above suggests that negative policy rates helps bring the curve down – and therefore should be considered to be an effective monetary policy tool at the disposal of policymakers.