Alphabet is known as the owner of Google and YouTube, but did you know that Google has another business that is already the size of a Fortune500 company?

Alphabet began life in 1998 as Google. Since then Google has become the world’s dominant Internet search engine – and a verb! Google used this stronghold and the acquisition of YouTube to become the leader in the global online advertising market. In Alphabet’s most recent financial quarter, online advertising brought in over US$32 billion in revenue, 16 per cent more than the same period a year earlier. You can see how quickly this market is growing and how successful Google is here: Internet advertising is accelerating 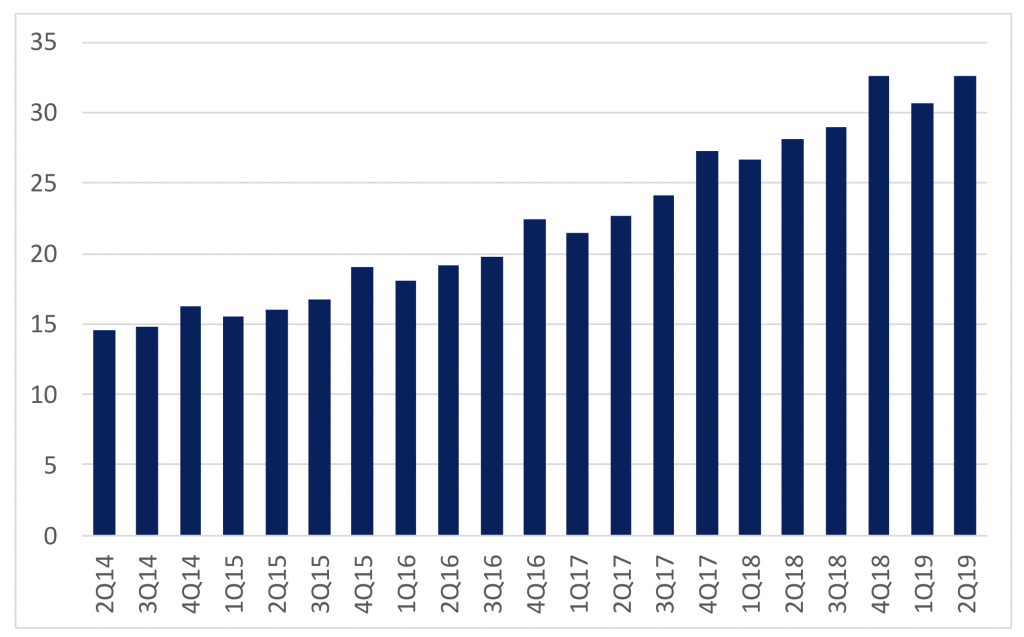 The size and growth of Alphabet’s core ad business is exciting. But hidden away in the “Other” business segment is another business which we think is just as exciting for Alphabet investors: Google’s cloud business.

In the second financial quarter this year, management (finally!) disclosed that Google’s cloud made over US$2 billion in revenue. That’s more than US$8 billion on an annualized basis. At this rate the Cloud segment would be the 400thlargest company in the United States, and it’s just getting started.

At the end of 2017 Google’s cloud generated “just” US$1 billion In revenue. So, the business has doubled in little over a year. But as Andrew Macken wrote this week the total addressable market for cloud services is almost US$2 trillion today and is less than 10 per cent penetrated. Google’s cloud will keep doubling for a long time to come, and the value will keep accruing to Alphabet shareholders, including our clients in the Montaka and Montgomery Global funds.

The Montgomery Global Funds and Montaka own shares in Alphabet. This article was prepared 02 August with the information we have today, and our view may change. It does not constitute formal advice or professional investment advice. If you wish to trade Alphabet you should seek financial advice.

Did you know that Google has another business that is already the size of a Fortune500 company? Click To Tweet