Allkem Limited is having a day out

Formed by the merger of Galaxy Resources and Orocobre in August 2021, Allkem Limited (ASX: AKE) has an audacious objective of producing at least 10 per cent of global lithium, whilst being a top three global lithium supplier.

Followers of Gary Rollo and Dominic Rose, Portfolio Managers of the Montgomery Small Companies Fund, will know of their exceptional enthusiasm – on the back of the decarbonisation and electrification of the motor vehicle fleet – towards the lithium market, often quoting the forecast demand for lithium to increase around 14-fold or an average 30 per cent per annum over the balance of this decade. 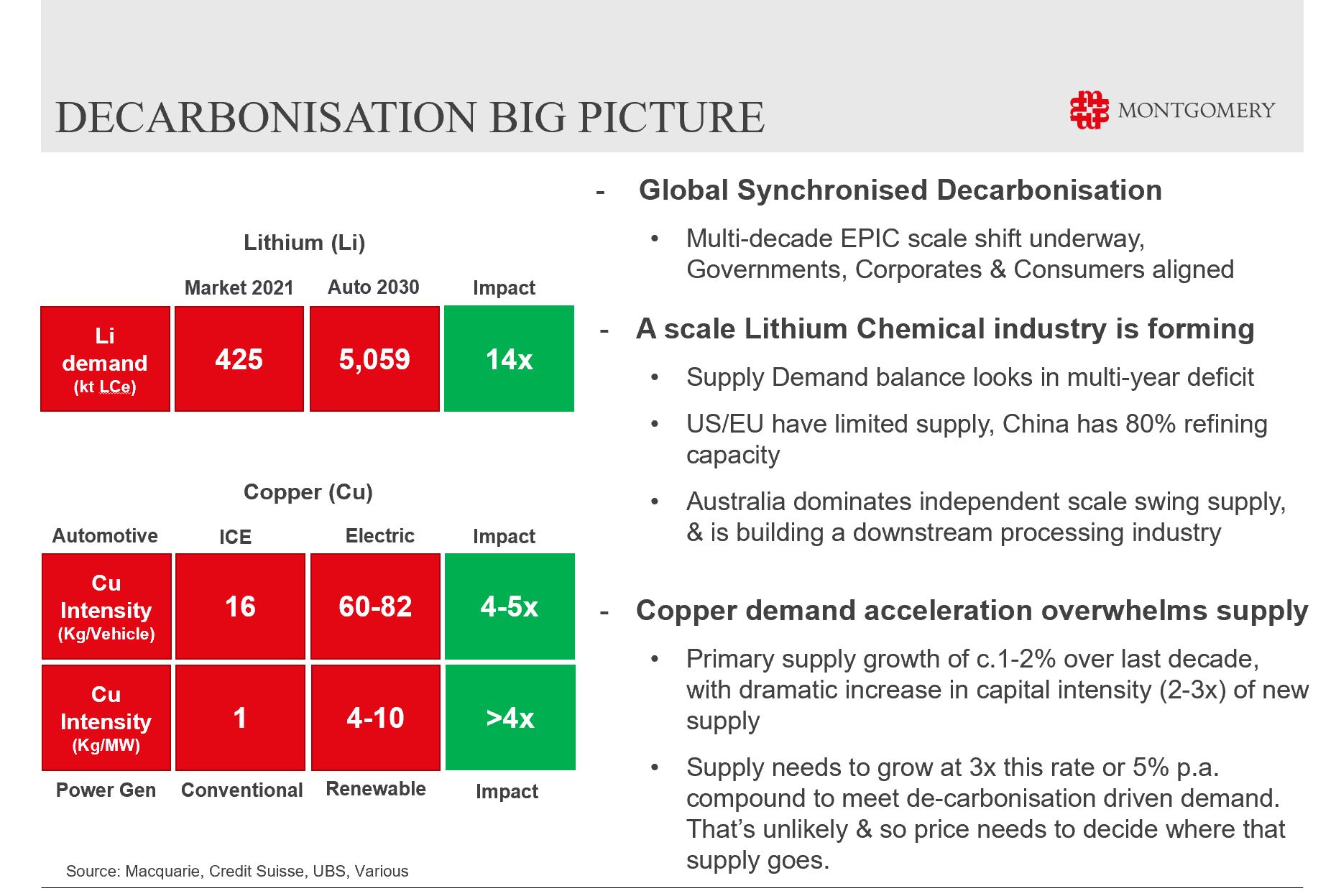 Lithium producers are currently enjoying record prices, and many experts see the Spodumene concentrate price remaining around US$5,000 per tonne for the foreseeable future. Allkem Limited has dramatically boosted its Salar de Olaroz resource from 6.4 million tonnes of lithium carbonate equivalent (LCE) to 16.2 million tonnes of LCE implying a 40-year mine life.  The company has committed to increasing its total production from around 50,000 tonnes in 2022 to 130,000 tonnes in 2026 for an estimated cost of US$1.25 billion.

Investors should be mindful that the price of lithium and spodumene concentrate (the latter approximates 6 per cent of the former) will be exceptionally volatile. And as the market weighs up the 14-fold increase in demand over the balance of this decade with the threat of new production – the share prices of the underlying producers and developers will follow that volatility.

The Montgomery Small Companies Fund owns shares in Allkem Limited. This article was prepared 07 April 2022 with the information we have today, and our view may change. It does not constitute formal advice or professional investment advice. If you wish to trade Allkem Limited you should seek financial advice.