With the year coming to a close, I thought it would be interesting to look at 2019 in terms of some of the movements we saw in the ASX300 and its constituents.

While there are still 2 weeks to go, we enter 2020 vastly different to how we started 2019, with the ASX300 having rallied 19 per cent as of 12 December (and 24 per cent including dividends). Most of the heavy lifting occurred in the first 6 months of the year, with the index rising approximately 17 per cent to June. Since then, the market has tacked on around 1.4 per cent ex-dividends (approximately 3.7 per cent including).

Compare this to last year, as we were coming off a significant sell-off in global equities in the final quarter of 2018, with the ASX 300 registering a fall over 10 per cent leading into the new year.

It’s notable that over the 12-month period, we have seen Aussie 10-year bond yields more than half from 2.4 per cent to 1.1 per cent. Undoubtedly this has helped push sections of the market higher in terms of valuations, without material change to forward earnings profiles. This is demonstrated in the forward PE of the market as at December 19 vs December 18:

In terms of the index constituents themselves, here are some of the moves we’ve seen over 2019:

CSL is at top of the leaderboard, accounting for around 11 per cent of the increase in the ASX300 alone. The next 2 (BHP came in 4th) have been beneficiaries of Vale’s tailings dam issues, which led to a spike in the iron ore price over the first 6 months of the year. Fortescue’s increase is particularly noteworthy given its total return of over 187 per cent for the year, as a tighter supply market in conjunction with stimulus-driven demand helped drive reductions in the discount for its lower grade, higher impurity iron ore.

In terms of percentage moves, Avita Medical – a holding in The Montgomery Fund – sits atop of the leaderboard, having gone from 8.1 cents per share to 54 cents over the course of the year. In the case of Avita and Zip, it’s worth noting neither of these companies started the year in the ASX300, so the bulk of the percentage moves would have occurred prior to their index inclusion. EML is a core holding in the Montgomery Small Companies Fund. We have written about both Avita and EML in prior blog posts.

Caltex has been approached but no agreement has been made with the suitor Alimentation Couche-Tard. 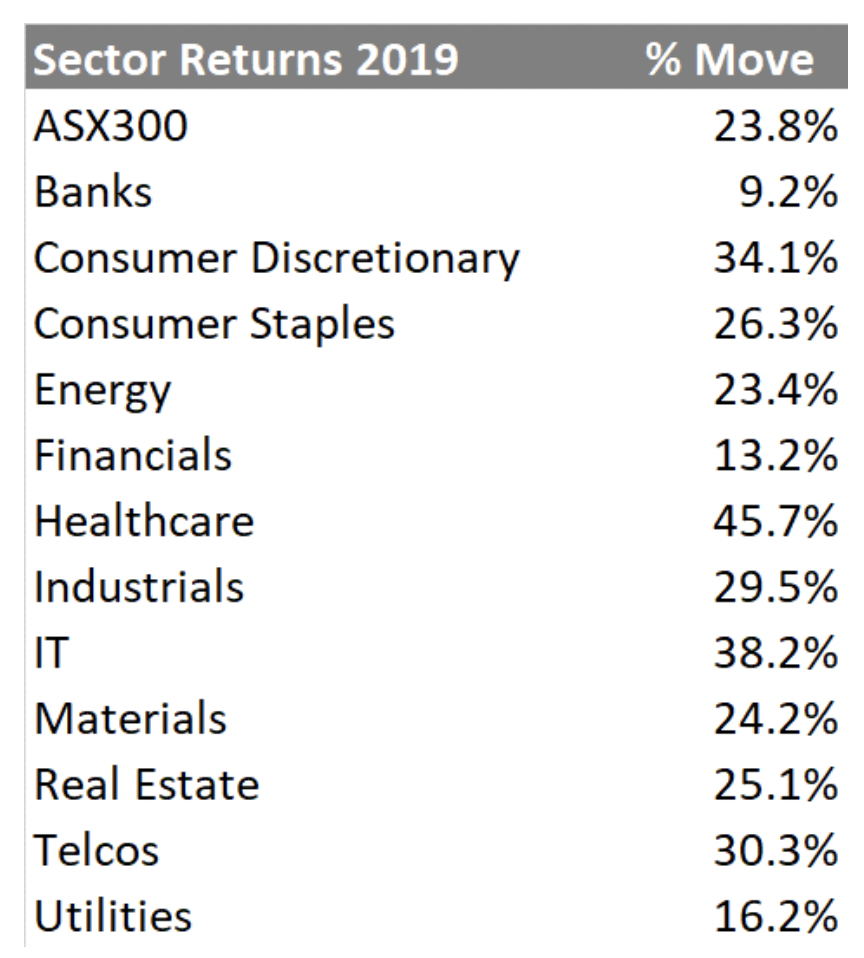 EML is a core holding in the Montgomery Small Companies Fund. We have written about both Avita and EML previously:

The Montgomery Fund and Montgomery [Private]  Fund own shares in Avita Medical and Westpac. The Montgomery Small Companies Fund owns shares in EML Payments. This article was prepared 13 December with the information we have today, and our view may change. It does not constitute formal advice or professional investment advice. If you wish to trade these companies you should seek financial advice.